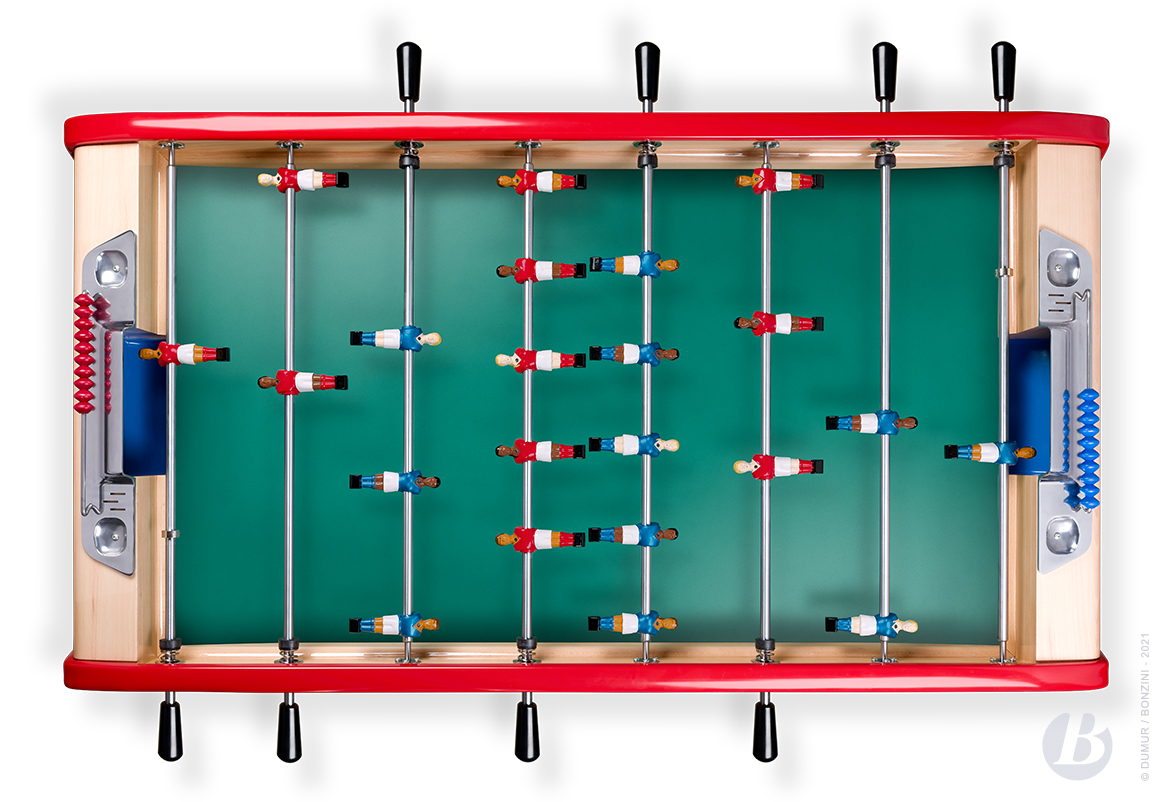 Bonzini playing surface continues to evolve :
Following the changing of material imposed by the sole french supplier of gerflex liner in May 2021, Bonzini’s playing surface developed to meet requirements of performance, environment and technique.
Since then, Bonzini and the FFFT reviewed the use of this surface in play and competition situations, in order to provide potential other improvements.

To this day, for production reasons, the liner manufacturers stopped the marbled visual aspect.
A uniform green, mate color will then be applied to Bonzini’s playing surfaces (as this is already the case on black playing surfaces developed since May 2021). The material is identical and keeps all its environmental and technical performances, as well as its labelled characteristics (surface layer, puncture resistance ‘’Shore hardness’’, UV-resistance, thickness and density).

For decades, the priority of the company is to ensure the enjoyement and playing quality of the French style for all players.
The FFFT implemented a protocol of use for the Bonzini table, which is currenty reviewed by the ITSF. This protocol fixes a detailed framework for the running of competition and enforces the respect of the equipment, its integrity and its specificity.
The FFFT will communicate on this specific topic in the coming days, including on the current and future actions.

In a challenging industrial, economical and environmental context, which requires constant adaptation (facing costs increases, delays extension, product stoppages, standards changes), the company Bonzini keeps the production quality and the control of the origin of its component and material as his priorities, in order to remain the french reference table.

The FFFT and the french table soccer manufacturer Bonzini

NB1: In order to have a look to this new finish, 2 tables equiped with the uniform green playing surface will be displayed at the Master Series in Issy les Moulineaux in december.
However, as this is not a major technical change, the tables for the competitions will be replaced progressively until 2023/2024 season.

NB2: Be careful, a lot of misinformation spread about this topic on the internet. Make sure to check the reliability of your sources.
For all question or additional information, feel free to contact us directly.